-WARNING-
While this so-called horror story continues to resoundingly fail at being even remotely scary, it starts to hit pretty hard with the gross-out attempts in terms of blood and guts and also a bizarre focus on the actions of Rainbow Dash’s bladder.

Hello hello all you patrons! Inflate your favorite organs and sort your pegasus wings by color because we are back with more Cupcakes goodness.

Hey y’all, Serketry here. Again. Until this fic is as dead as Rainbow Dash.

Last time, Pinkie Pie fed Rainbow Dash a drugged cupcake and tied her up in a torture chamber underneath Sugar Cube Corner. Much capering and posing with skulls ensued, but it was all pretty pointless. And…. that’s literally it.

END_OF_DOCUMENT_TOKEN_TO_BE_REPLACED

-WARNING-
While the creepypasta under riff today is insanely not scary, it does contain some measure of gratuitous gore and you may not want to read it over lunch.

Hello hello all you patrons! Plug your nearest housepet into the television set and make sure your doll vaccinations are up to date, because it’s that time of year again!

Today we’re dealing with a ‘fic that I wasn’t originally planning to ever riff due to its potential Librarian-breaker status (you will see why soon). However, I ran into a bunch of other people in a fimfiction forum I frequent saying that maybe it wasn’t so bad and for the time had some interesting ideas. So now I’m going to show exactly why that’s not the case, on a site with an average readership of ten people that none of the commenters on that forum frequent or even know exists.

Yay us, actually. Hey y’all, Serketry here. The Admiral brought me back. For this. Thanks, Admiral.

Yeah. This is… a doozie.

END_OF_DOCUMENT_TOKEN_TO_BE_REPLACED 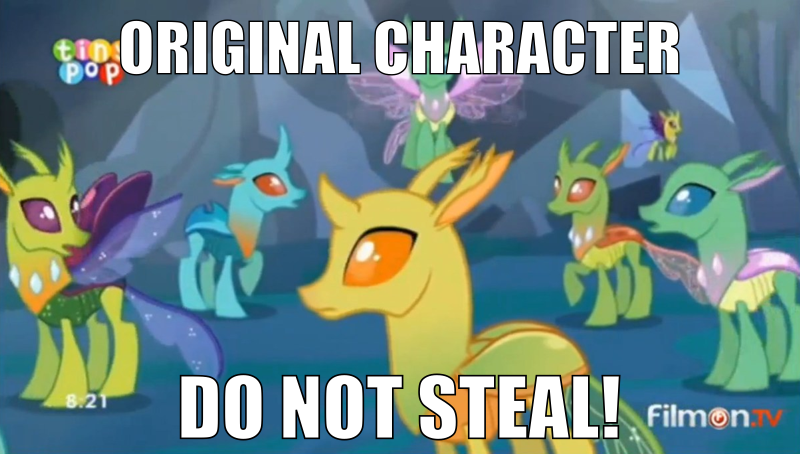 END_OF_DOCUMENT_TOKEN_TO_BE_REPLACED

-WARNING-
The second pasta under review today includes scenes of pointless gore and gratuitous torture. While not at all scary, those patrons with sensitive stomachs may not want to read it over lunch.

Hello hello, all you patrons! Tune up your eerie banjos and keep on the lookout for files containing suspicious binary, because it’s time once again for

“You know, Sakai, I just noticed we’ve never actually riffed a ‘theory’ pasta on this thing, even though they’re a deep, rich well of terrible ideas.”

You know what? You’re right.

As the name implies, ‘theory’ pastas are speculative or hypothetical in nature, which could allow writers the freedom to address more abstract and existential horror topics but in practice pretty much just absolves them of the requirement of making even the Creepypasta Wiki’s usual limited amount of sense or including any sort of coherent plot progression to frame their pretentious pseudo-philosophical ramblings. Possibly the most famous manifestation of ‘theory’ pastas is  (1) the ‘some cherished 90s kids medium has darker implications’ theory-

“- Including the ever-popular ‘the main character’s dying, comatose, or insane and just hallucinating everything’ claim -“

-and of course (4) just pointless empty philosophizing are also common.

Today’s first pasta, The God Theory is mostly of the second variety, although it certainly also contains a hefty dollop of Number Four.

END_OF_DOCUMENT_TOKEN_TO_BE_REPLACED

*It’s a quiet morning at RIFFCON; absent the Admiral and his retinue of highly trained soldiers snarkers, the audible hum of computer equipment softly fills the room. That is, until a bearded, bespectacled human in a jumpsuit makes his way inside, pushing a mop bucket. He sits down at the vacant console an-*

Alright, that’s enough of that. Morning, y’all, I’m Serketry, one of Admiral Sakai’s staff. Sorry, no aliens this time, just me. While technically my list of duties includes I.T. support, squad-based tactics, and all things Homestuck, MLP, and Fallout, most of my assignments have been more… janitorial. Which means I’m here to start mucking out the Orphanage. This here’s my first riff all by my lonesome, so I’m gonna start with something that gives me the home field advantage…

Fight For Freedom, by Shadowflameking, featuring Gore, Violence, and Death.

How thoughtful of you, fimfiction, to just lay it all out like that. This isn’t the first MLP/Fallout crossover travesty this site’s seen, and with what’s still in the Orphanage, it won’t be the last. It’s either this or keep mopping the floors, and, between you and me, I’d rather riff a dozen shitty MLP fics than clean up after Guard-Novitiate Nina. *shudders*

Welp, time to go to work.

END_OF_DOCUMENT_TOKEN_TO_BE_REPLACED

Oh hey-ho, everyone! This is The Magnificent Crowbar, and I am finally back with the next chapter of this… Trite.

Oh, and the last one was quite a while ago, so here’s a refresher.

Hoo boy, I should not feel even a little bit happy about this.

END_OF_DOCUMENT_TOKEN_TO_BE_REPLACED

952: Philosopher of Earth – Chapters One and Two

Hello, my fellow Librarians. I have returned to amuse you all with my agonized screams, and guess what? This time it’s a My Little Pony fic!

…I know, I know, we’ve had quite a few of those here, but I couldn’t just leave it sitting like that. In this particular story, the main character is a misanthropic assbag. I think that’s all the introduction it needs, in fact, so let’s dive in head-first and hope our skulls break before our brains!