You’re reading about another dimension, a dimension not only of prose and and narrative but of pure, concentrated suck. A journey into a twisted land whose boundaries are that of a poor writer’s feeble imagination. That’s the header up ahead—your next stop, the Badfic Zone!

Hello once again, patrons! I’m your host, BatJamags, and I’m back with something that really shouldn’t exist. You thought we were done with RWBY, but you were wrong! I decided that this year’s Badfic Zone would focus on horror games instead of movies for a change in pace. Of course, I happened to have a half-finished crossover riff on hand for just such an occasion!

END_OF_DOCUMENT_TOKEN_TO_BE_REPLACED

No, not the delicious kind, I mean the soul crushing kind.  However, I think I heard Gumdrop yodeling from the kitchen on my way in today, so we might get both.

Anyway, let’s just plorp our way into this one!

Greetings back from Wisconsin, Announcer, we will send you our customary gift basket of fresh bratwurst, cheese, and local craft beers.

G4: HAHA! I KNEW IT! I knew people from Wisconsin were alien hybrid, but you people didn’t believe me! Not even Dave!

Rude.  I know somebody who will be getting a face-hugger in their gift basket.

END_OF_DOCUMENT_TOKEN_TO_BE_REPLACED

Hello, patrons, and welcome back to another installment of the LOL!Random funtimes known as Pudding Talk.  Since the summary of this episode is just mentioning the interview character, and there’s no continuity worth doing a recap for, we’re just going to jump right in.

You know the fic is really bad when even the writer wants the hell out.

Camera goes to a cage with CHN in

G4: because you will go all fangirl on the guest (whispers) plus we ran out of straight jackets.

Ignoring everything else going on here in favor of being pedantic: does this mean you finally decided to delineate actions with parenthesis instead of just having the characters say what they’re doing?

That’s a nice bit of improvement.  A shame that it’s completely overshadowed by the rest of the fic being so fucking awful in both concept and execution.

CHN: I would not! I have gain self-control lately!

END_OF_DOCUMENT_TOKEN_TO_BE_REPLACED

It’s Wednesday so you know what that means, patrons!  Pudding time!

But not sorry enough to not subject you to this.

Now, since there’s no continuity between episodes to speak of, we can just jump right into episode two without worrying about any kind of recap.  We’ll also skip the summary this week as all it says is, “This ep 2, Gaara is in,” but with more words.

END_OF_DOCUMENT_TOKEN_TO_BE_REPLACED

Space, the Final Frontier. These are the voyages of the Starship Bongo. Its Five-month mission: To riff terrible Fanfiction. To seek out new levels of dumb and new heights of pretentiousness. To boldly riff where no riffer has riffed before.

CZM: Hello, and welcome back to the Minh and Biskit Show. Today, we’re back to Chapter two of the most pretentious-ass story every to grace this show- as of yet- A Prideful Wolf Becomes…you know, that’s a fucking mouthful. Let’s go with ‘Purple Wolf-Dog’. I mean, that’s significantly easier to both type and say.

CZM: Yeah, only because your fabric faded a long time ago from black. In any case, He’s Biskit, and I’m Crazy Minh. Let’s dive in folks. Right, red alert; shields up!

END_OF_DOCUMENT_TOKEN_TO_BE_REPLACED

WARNING!! THERE MAY BE SOME GIFS IN THIS RIFF THAT FEATURE COPIOUS AMOUNTS OF GORE, OWING TO THE SOURCE MATERIAL. IF YOU HAVE A AVERSION TO BLOOD AND GUTS, BE CAREFUL WHILE READING!!!

CZM: Someone’s managed to fuck up the second season of Psycho Pass even more than it already was.

Biskit: Dear god…Hello again people, and welcome to another “episode” of the Minh and Biskit show!

CZM: …and we have a treat for you today! A new canon! So, let’s launch right into it. Psycho Pass is a anime by Gen “The Urobutcher” Urobuchi, a Japanese writer known for some of the best anime ever…and some flops… 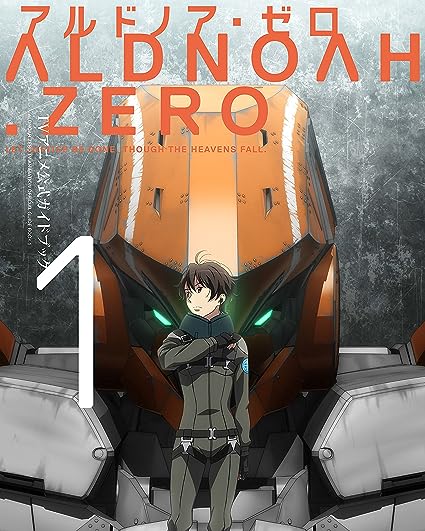 END_OF_DOCUMENT_TOKEN_TO_BE_REPLACED

*Shades sits in the riffing chamber in utter silence; the lights are on, the computer hums softly, but in an unusual twist for the Library, nothing of importance, or even silliness, appears to be happening*

Shades: …Hm? Oh, I’m just waiting. I was told that I had a surprise coming. It’s been… about six hours now, so I’m a little bit worried that I’ve been led on. That, or bloody Bifocals is busy making some horrible new device to kill me with under the pretense of it being a gift. But, fuck it, it’s Christmas, or it will be in three days, so-

*SC, dressed in an ill-fitting Santa costume, bursts through the door and hurls an overly large, bulging red velvet bag at Shades, before quickly slamming the door and locking several hundred varieties of lock, including a solid steel bar through the handles*

Open the bag, you’re welcome for the present, this was all Contacts’ fault.

Shades: I don’t want to open the fucking bag! You said Contacts! And you’re barring the door! That always means bad things!

Look, you little shit, I may or may not be accessory to one of the worst-planned heists in the history of mankind, and for all I know, a platoon of Asari soldiers could be on their way in force as we speak. Apparently, this is Contacts’ Christmas gift to you, so open the fucking bag so that I can dispose of the evidence, tell Contacts you got your present, get General Skullfucker and her Merry Band of Commandos off my ass, and never speak of this day again!

Shades: How did you get wrapped up in a heist?!

*Shades undoes the knot in the rope tied around the bag and dumps out dozens upon dozens of military-grade firearms – notably, these firearms appear to be of sleek, though alien, design*

Shades: …What was the heist?

Contacts broke into a major weapons distributor on Thessia.

He heard you say that you thought Asari firearms looked neat.

Shades: How did you get involved?

He threw the bag at me while looking for a hiding spot.

Shades: I mean, I’m flattered, but we’re going to have to fake our deaths and change our names.