Hey, folks, welcome back to True Force, the fic that proves that you don’t need a lot of plot to write a lot of words.  Crunchy?

“If soul is the brevity of wit, then I am incarnate!”

That is definitely not how the saying goes.  In so, so many ways.

So the six of them made their way towards the Fortress walking between two large cuts in the rock that towered over them, the cool wind just skimming the tops of the earthen walls. As they walked, Ashei explained that they had been cut through with water when the river had begun higher up in the western mountains instead of in the valley long ago. Eventually they came to a set of steps cut into the rock, with another path leading further southwest towards the gate that led into the deep desert of the Wasteland.

Eh, not a great effort, but there’s been way worse setting in this thing.  Moving on.

Instead of turning that way, however, they ascended the steps leading to the Fortress, and after a few long, monotonous moments of climbing step after step, the area around them finally opened up onto another plateau about a single story above the valley entrance.

END_OF_DOCUMENT_TOKEN_TO_BE_REPLACED

Hello hello all you patrons, and welcome back to To Last A Thousand Years!

Last time… the events leading up to Mass Effect 1 happened. I don’t know why we needed to be told this since the ‘fic ostensibly is about Mass Effect and thus its readership would already know this, and the Systems Alliance being ‘Murca-Nazis had absolutely no effect on any of it, but told this we were anyway! 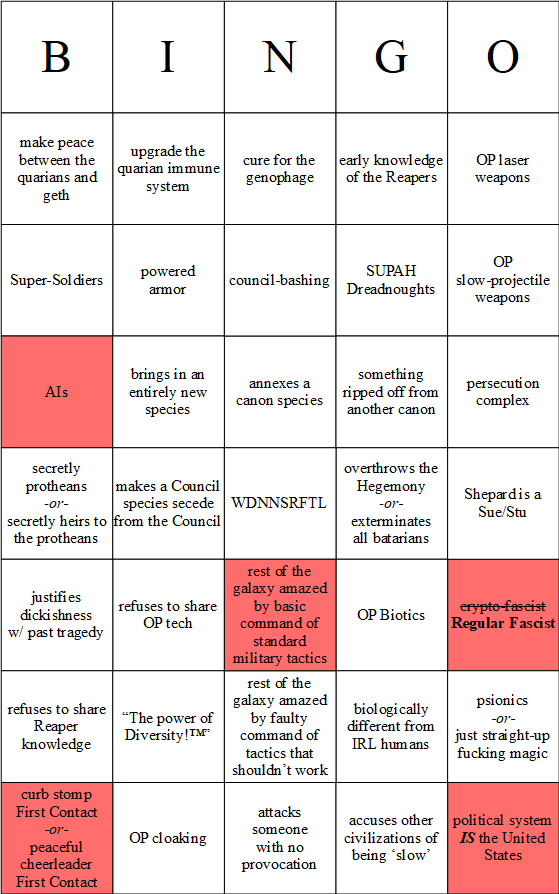 END_OF_DOCUMENT_TOKEN_TO_BE_REPLACED

WARNING: THIS CHAPTER FINALLY GETS US SOME OF THE ACTION WE EXPECT FROM MORTAL KOMBAT, WITH ALL THAT ENTAILS. ADDITIONALLY, I’LL BE INCLUDING FOOTAGE OF ACTUAL FIGHTS TO PROVE A POINT IN MY CRITIQUE WHICH MAY BE DISTURBING DUE TO VIOLENCE AND LANGUAGE. READER DISCRETION IS ADVISED.

Hello again and welcome to the latest installment of Mileena’s Humanity. I’m your host ME-Iron-Maiden and we left off with a cringy-as-shit sex scene. I’m afraid I have to issue a retraction to something I said in the comments for Chapter 4: there’s another sex scene later on. Fortunately, we won’t be coming to that for a while. Instead let’s throw up the current Darwin List and get cracking.

AN: Thank you everyone that has given me a review, I appreciate them a lot. Anyways, I’ve been thinking about what should happen after the story mode, and I’ve decided that you, the reader, decide whether I should continue what happens between Justin and Mileena or stop the story after the story mode.

I’m thinking you should have figured this out before you even started putting words on screen, but here we are.

END_OF_DOCUMENT_TOKEN_TO_BE_REPLACED

Posted: April 26, 2020 | Author: BatJamags | Filed under: Birds of Prey, Predators and Prey | Tags: Birds of Prey, Comic Book, Don't Cut Yourself on All That Edge, Drama, Oh Dear God My Eyes!, Oh god why why why why, Romance, Sacrilege, WHAT IS THIS I DON'T EVEN, What The F*** Is Wrong With This Person? | 46 Comments

Title: Predators and Prey
Author: CablesAndCrack (Apparently with some collaboration with someone named CMR Rosa)
Media: Comic Book
Topic: Birds of Prey (The comic, which has essentially nothing to do with the movie)
Genre: Drama / Romance
URL: Chapter 1
Critiqued by BatJamags

WARNING: This fic is disgusting, disturbing, discomforting, and a bunch of other words that begin with “dis.” But if you want to see me turn into a gushing fanboy about the source material, you should at least get some value out of the infodump.

Birds of Prey is quite possibly the best goddamn series DC has ever published and everyone should read every last issue of it.

END_OF_DOCUMENT_TOKEN_TO_BE_REPLACED

Hello once again, dear Patrons, and welcome to another chapter featuring lions wandering around and occasionally seeing dinosaurs. In the last chapter the lions not only saw dinosaurs, but they were almost attacked by them! And then Scar buggered off on his own while Mufasa, Simba, and the lizard-chicken climbed a tree and stopped near a branch – hopefully because he realizes that he is far too heavy to be climbing up a tree, but it’s probably for something else.

That’s the thing you do to divide an egg up when you’re baking, right?

They were up in the tree that Mufasa put Simba down and Horner sat down when Simba asked,

“Are we going to see Uncle Scar again?”

I’d be a little more curious as to why this random tree trunk is so roomy, and possibly wondering what happened to the velociraptors that were chasing then, but that’s just me.

“It depends where he goes,” Mufasa told him. “Your uncle has always been secretive.”

Yeah, but he’s been here exactly as long as you have. It’s not like he’s had time to start up a secret stegosaurus army or something.

“Why won’t he ever stay with us at home?

Because Scar is male and that’s not how things work in a lion pride.

How did he get the scar?” 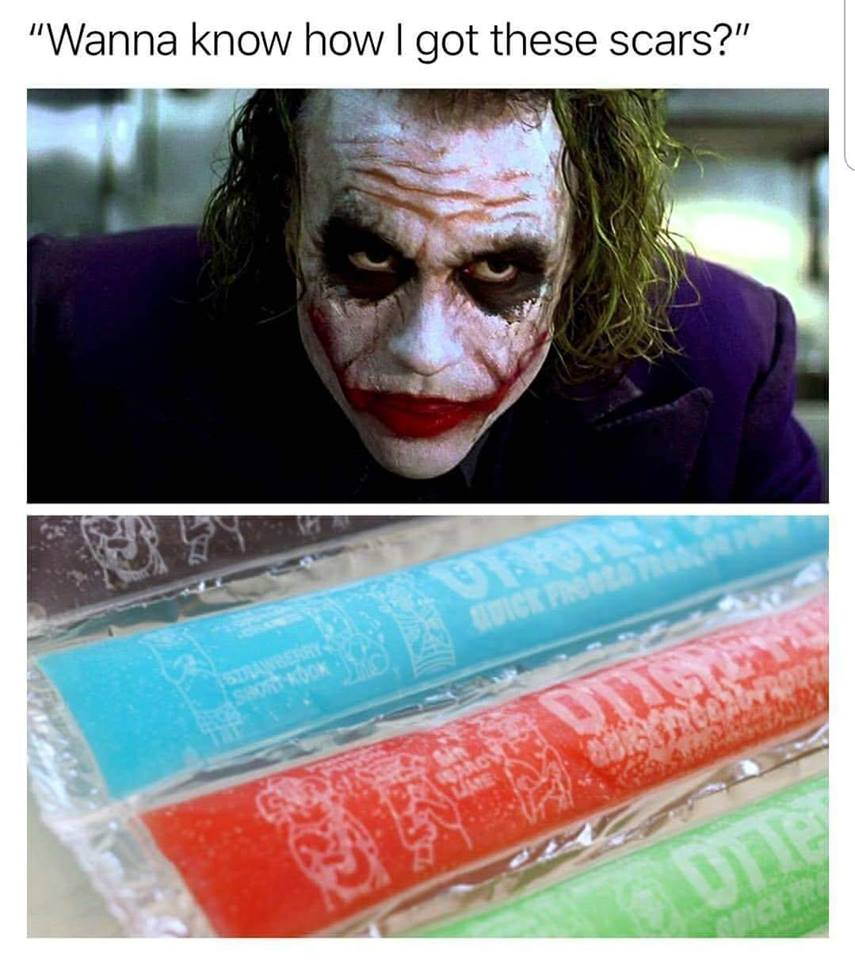 Mufasa never wanted to say this to Simba but now was the time.

Hanging off a tree trunk in the middle of a strange forest is the perfect time for exposition?

“It came from an accident. He led me to the buffalo for a reason but in the meantime, Uncle Scar was hurt. A buffalo attacked him.”

Dude, he has a massive scar across his face. Of course he wasn’t okay, that would be a major injury.